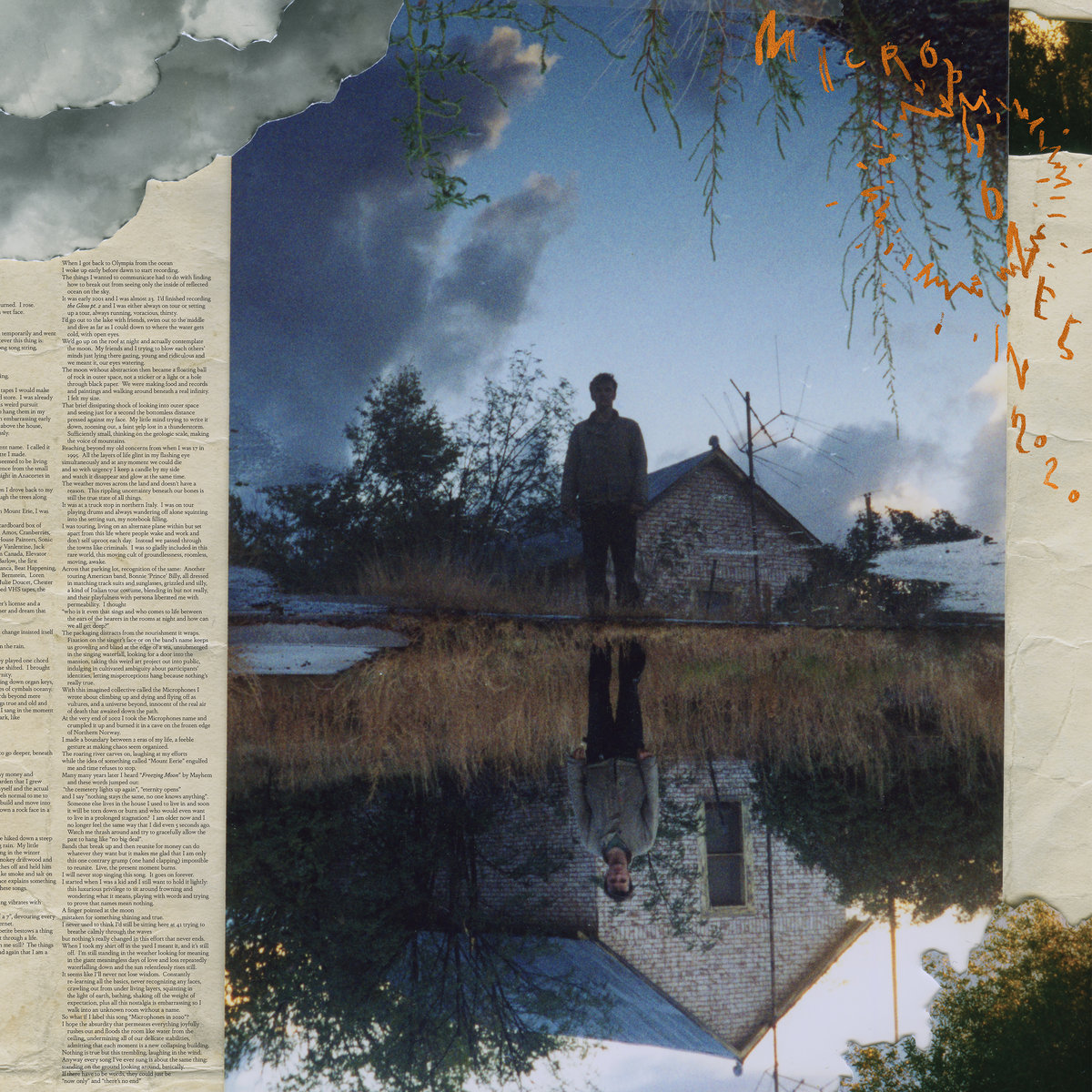 “When you’re younger every single thing vibrates with significance.
Gazing at the details in the artwork of a 7 inch“

I’m getting a little tired of comparing all the music released in 2020 to the cluster fuck of a year that 2020 was. A lot of the music released in 2020 was written before 2020 and before the pandemic. I’d like to get away from the comparisons. But this one, The Microphones comeback album, is literally called Microphones in 2020. And thus, the comparisons are inevitable.

Twenty-twenty was one year and it felt very long. Microphones in 2020 is one song and it is very long, nearly 45 minutes. Due to it’s rambly repetitive nature it feels long…, and also it feels short. Like the year, time makes less and less sense. After 5 minutes, it feels like the song has been playing for ages. After 30 minutes, it feels like it’s been playing for 3 minutes. Time loses it’s meaning as the listener loses track and the song slips in out of focused consciousness.

Meta lyric: “I will never stop singing this song. It goes on forever.“

Also like the year, there is an underlying tension that builds and then fades away and then builds again. Sometimes feeling on the verge of, but never quiet breaking out into chaos. (Maybe, that chaos is for the beginning of the next song?)

These loosely connected memories, snapshots of time, form many of the lyrics that flow like dense paragraphs. This is one of my favourites: (admittedly because it reflects one of my own memories)

“I’d go out to the lake with friends, swim out to the middle and dive as far as I could down to where the water gets cold, with open eyes.
We’d go up on the roof at night and actually contemplate the moon. My friends and I trying to blow each others’ minds just lying there gazing, young and ridiculous and we meant it, our eyes watering.
The moon without abstraction then became a floating ball of rock in outer space, not a sticker or a light or a hole through black paper. We were making food and records and paintings and walking around beneath a real infinity. I felt my size.”
(These are actually lyrics, not an excerpt from a novel.)

Anyway, the song is great. Check it out.