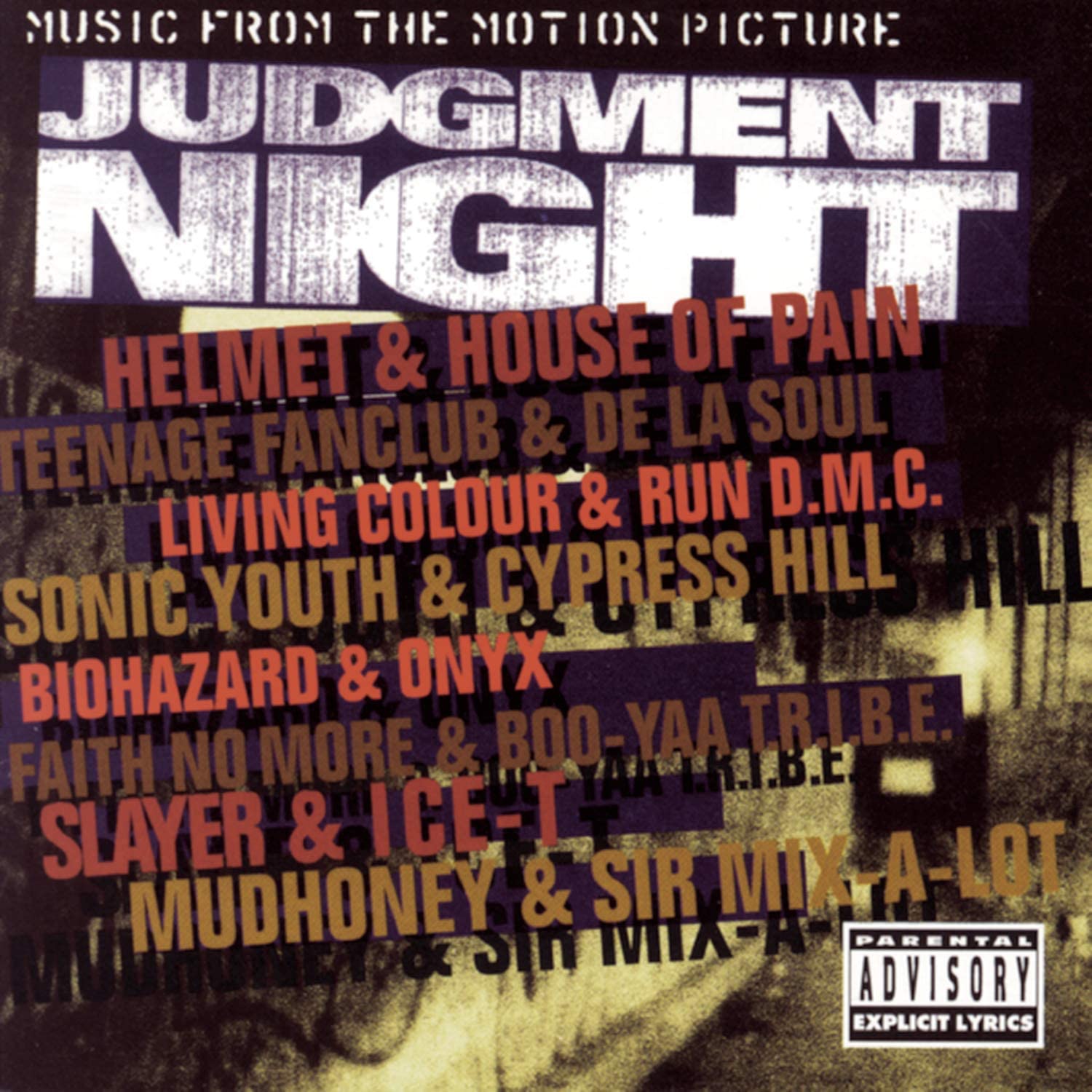 There was a time in 1993, before rap rock embarrassed itself as a genre, when the unlikely merging of rap and hip hop artists with the heavy and alternative rock acts of the time was a fresh and novel idea. The soundtrack to Judgement Night, a Neapolitan ice cream of 90’s youth culture, did just this and pulled off the greatest mash up in soundtrack history.

To be honest, rap rock had never really sounded quite as good as this, and never would again. It was a true merger of genres that honoured both the spirit of early 90’s hip hop and rock equally. That being said, I couldn’t help to notice that while equality may have been musically present, the mostly white rock and alternative bands were listed before their mostly black collaborators. Is this another iteration of white musicians cashing in on the talent of black musicians? Maybe, I don’t know. What I do know is that I probably would have never heard of Teenage Fanclub had it not been for De La Soul and that historically the singer is named first and the band is named second (ie. Neil Young and Crazy Horse).

Overall, Judgment Night assembled an impressive cast of collaborators to pull off one of the greatest soundtracks of original music in cinematic history. A beacon of rap rock light that still shines brightly as a reminder of what could have been had Limp Bizkit and peers not been allowed to run the genre into the ground.

Other notable songs: ‘Disorder’: Ice-T is backed up by Slayer to sing a medley of songs by hardcore punk act The Exploited. The songs are ‘War’, ‘UK ’82’ and ‘Disorder’. There was also a song recorded by Rage Against The Machine and Tool but it was cut because both bands weren’t happy with the result. This isn’t surprising since Rage was already a rap rock artist and Tool is notoriously fussy. Listen to the low quality bootleg of that song here.